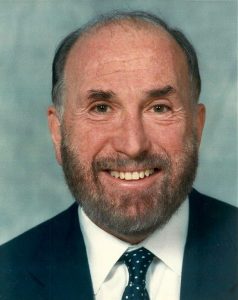 Raoul Felder is one of the world's best known and most powerful divorce lawyers. His fields of expertise in family law include divorce, custody issues, pre-and post-nuptial agreements, paternity cases.  His long list of clients have included internationally renowned film stars, musicians, executives, athletes, and royalty, as well as many less well known high net worth individuals.

He is a frequent commentator on television shows around the world, including The Today Show, 20/20, and Nightline.  Mr. Felder also sat on the original Board of Advisors for Court TV, was a weekly legal commentator on CNN, and hosted The Felder Report on WLIW-TV.

Mr. Felder is the author of nine books, including The Good Divorce; Divorce: The Way Things Are, Not the Way Things Should Be; and Bare-Knuckle Negotiation, Lawyers Practical Handbook to the New Divorce Law. His commentary on the law has also appeared as op-ed pieces in The New York Times and The New York Law Journal.

A native of Brooklyn, NY, Mr. Felder graduated from New York University with a B.A., studied medicine at the University of Bern College of Medicine in Switzerland, and received a JD from New York University School of Law. Soon after, he passed the bar exam and opened a private practice which he operated until he was named Assistant U.S. Attorney for the Eastern District of New York by Attorney General Robert F. Kennedy. Afterwards, he returned to his practice, where he continues to grow today.

In addition to representing clients, he has served as Chairman of the New York State Commission on Judicial Conduct and has been a member of the American Bar Association, the New York City Bar Association, and the New York State Trial Lawyers Association. He has been a moderator for the National Conference on Child Abuse and was appointed to the New York City Cultural Affairs Advisory Commission, the State Commission on Child Abuse, and the Committee on Character and Fitness; he has served on the board of directors of The Kidney & Urology Foundation of America and the Economic Development Corporation and as a faculty member at the Practicing Law Institute, Marymount College, and the Ethical Culture School.  He has also been the chairman of the National Kidney Foundation Auction, an honorary police commissioner of the New York City Police Department, and a grand marshal of the Israel Day Parade.

Mr. Felder is an Honorary Fellow in jurisprudence at Oxford University.

Raoul Felder can be contacted at: